Miscellaneous gis notes, mostly derived from my blog over here

Some GDAL shell macros from R instead of rgdal

it’s not R sacrilege if nobody knows

Even the little stuff benefits from some organizational scripting, even if it’s just to catalog one’s actions. Here are some examples for common tasks.

Get all the source data into a R-friendly format like csv. ogr2ogr has a nifty option -lco GEOMETRY=AS_WKT (Well-Known-Text) to keep track of spatial data throughout abstractions- we can add the WKT as a cell until it is time to write the data out again.

Read the new csv into R:

One might do any number of things now, some here lets snag some columns and rename them:

We could do some more careful parsing too, here a semicolon in cell strings can be converted to a comma:

Do whatever you do for an output directory:

Of course, once your data is in R there are countless “R things” one could do…

Even though this is totally adding a level of complexity to what could be a single ogr2ogr command, I’ve decided it is still worth it- I’d definitely rather keep track of everything I do over forget what I did…. xD

Regarding Windows-specific software, such as ArcMap

Remote Desktop:
The greatest solution I’ve settled on for ArcMap use continues to be Chrome Remote Desktop, coupled with an IT Surplus desktop purchased for ~$50. Once Chrome is good to go on the remote Windows computer, one can operate everything from a web browser from anywhere else (even reboot and share files to and from the remote computer). While adding an additional, dedicated computer like this may not be possible for many students, it is certainly the simplest and most dependable solution.

VirtualBox, Bootcamp, etc:
Oracle’s VirtualBox is a longstanding (and free!) virtualization software. A Windows virtual machine is vastly preferable over Bootcamp or further partition tomfoolery. One can start / stop the VM only when its needed, store it on a usb stick, avoid insane pmbr issues, etc.

There are numerous sites with VirtualBox guides, so I will not go into detail here.

I need to run ESRI products on my MacBook Pro.   QGIS is always the prefered solution- open source, excellent free plugins, works on mac natively- but in a college / research environment, the only option that supports other people and school machines is ESRI.  Despite the annoying bureaucracy and expense of the software, some things are faster (but not better!) in ESRI, like dealing with raster / multiband data.

First, you need a license.

I went about this two ways;

My first solution was to buy an ESRI Press textbook on amazon.  A 180 day trial for $50- when taken as a college course, this isn’t to bad.  :)   The book is slow and recursive, but a 180 days to play with all the plugins and whistles allows for way deeper learning via the internet.   :) 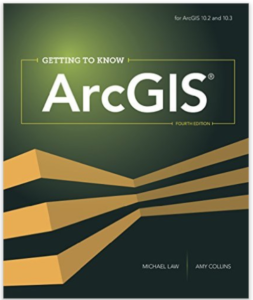 Do know there is a little-documented limit to the number of license transfers you may perform before getting either lock in or out of your software.  I hit this limit, as I was also figuring out my virtual machine situation, which would occasionally need a re-installation.

My current solution is “just buy a student license”.   $100 per year is less than any adobe situation- so really not that bad.

Now you need a windows ISO.

Follow that link for the window 10, 64 bit ISO.  YOU DO NOT NEED TO BUY WINDOWS.  It will sometimes complain about not having an  authentication, but in the months of using windows via VMs, never have I been prohibited to do… anything.  When prompted for a license when configuring your VM, click the button that says “I don’t have a license”.  Done.

Option one:  VirtualBox VM on a thumbdrive

https://www.virtualbox.org/wiki/Downloads - VirtualBox downloads- the VM will take up most of a 128gb flash drive- ~70 gb just for windows and all the stuff you’ll want from a PC.  Add ESRI software and allocated space for a cache (where your GIS project works!), bigger is better.   Format all drives in disk utility as ExFat!  this is important, any other file system either won’t fly or could wreak havoc (other FAT based ones may have too small file allocations!

I used two drives, a 128 and a 64- this is great because I can store all my work on the 64, so I can easily plug it into other (school) machines running windows ArcMap and keep going, without causing issues with the massive VM in the 128.

Installation is straightforward- added more screenshots of the process in vmsetup 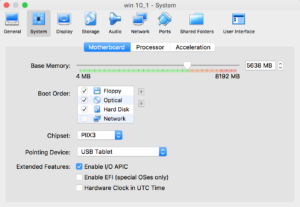 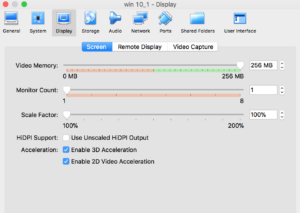 Problems:   Stability.   Crashes, and python / some other script modules do not work well.  This is a problem.  ArcAdministrator gets confused about all kinds of things- FWIW, if you are googling to delete the FLEXnet folder to solve authentication file issues, move to option 2 :)

Speed is down, but actually the ~same speed as our school “super” PCs- (though I happened to know they are essentially glorified “hybrid” VMs too!) . 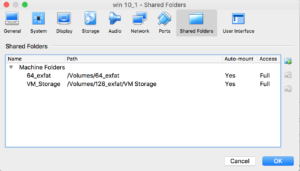 This way, you will hit “option/alt” each time you restart/boot your computer to choose from win/osx.   This is easy to install, as it is mac and mac = easy.

Big Caveat:  it is much harder to install windows externally  (on a usb, etc) from bootcamp.  I didn’t succeed in my efforts, but there could be a way….   The thing is, it really wants to run everything like a normal intel based PC, with all installations in the usual place.  This is good for the mac performance, but terrible for the tiny SSD hard drives we get as mac users.  I have a 256gb SSD.  I have an average of < 15 gb wiggle room here, and use every cloud service in the book.

If you need to manage your cloud storage because of a itsy mac SSD, my solution is still ODrive.   https://www.odrive.com/

LINK: get the WSL shell from Microsoft

In a new Shell:

The Ebird dataset is awesome. While directly handling data as a massive delimited file- as distributed by the eBird people- is cumbersome at best, the ebird api offers a fairly straightforward and efficient alternative for a few choice bits and batches of data.

It is worth noting R + auk (or frankly any R centered filtering method) will quickly become limited by the single-threaded approach of R, and how you’re managing memory as you iterate. Working and querying the data from a proper database quickly becomes necessary.

…The API package for R is over here:

Regardless, lets just write a function to convert decimal degrees to this regionCode thing. Here’s mine:

Note: in my opinion, homebrew and macPorts are good ideas- try them! If you don’t have Homebrew, get it now:

(….However, port or brew installing QGIS and GDAL (primarily surrounding the delicate links between QGIS / GDAL / Python 2 & 3 / OSX local paths) can cause baffling issues. If possible, don’t do that. Use QGIS installers from the official site or build from source!)

if you need to resolve issues with your GDAL packages via removal: on MacPorts, try similar:

!!! NOTE: I am investigating more reliable built-from-source solutions for gdal on mac.

There are numerous issues with brew-installed gdal. Those I have run into include:

Next, assuming your GDAL is not broken (on Mac OS this is rare and considered a miracle):

To begin- try a recent GIS assignment that would otherwise rely on the ESRI mosaic system:

use wget to download every .dem file (-A .dem) from the specified folder and sub-folders (-r)

make an index file of only .dem files.
(If we needed to download other files and keep them from our wget (more common) this way we can still sort the various files for .dem)

use gdal to make state-plane referenced “Output_merged.tif” from the list of files in the index we made. We will use a single generic “0 0 255” band to show gradient.

copy the resulting file to desktop, then return home

if you want (recommended):

In Finder at in ~/desktop, open the new file with QGIS. A normal photo viewer will NOT show any detail.

Need to make something like this a reusable script? In Terminal, just a few extra steps:

open an editor + filename. Nano is generally pre-installed on OSX.

COPY + PASTE THE SCRIPT FROM ABOVE INTO THE WINDOW

You can now copy + paste your script anywhere you want and run it there. scripts like this should not be exported to your global path / bashrc and will only work if they are in the directory you are calling them: If you need a global script, there are plenty of ways to do that too.

See /Notes_GDAL/README.md for notes on building GDAL from source on OSX